The Fluidride family is small but focused on empowering riders to exceed their expectations. All of our Instructors have hundreds of hours shadowing Simon and teaching both private and group classes. They share an immense love for the sport and for building community. Humble and friendly look for them on the trails of the PNW and beyond.

Simon Lawton is the owner of Fluidride, and the creator of the Fluidride Teaching Method. With his hands-on teaching, Simon has helped riders all over the US, Canada, Europe and Central and South America to achieve their riding goals. He has also reached riders in over 100 countries through his free and premium video content.

Simon has been racing mountain bikes for over 20 years, with 16 years of experience in the pro downhill ranks. During his career he amassed over 50 pro podium finishes at regional events, silver and bronze medals from the UCI Masters Downhill World Championships, and a 13th place finish in Chile’s Valparaiso Cerro Abajo Urban Downhill (VCA).

In addition to his riding and teaching, Simon has worked hard as a mountain bike advocate, helping found I-5 Colonnade Mountain Bike Park, and helping to bring Duthie Hill Mountain Bike Park to fruition. Simon has also been instrumental in bringing NW racing back to life through his efforts with the Fluidride Cup Racing Series, which is now known as the NW Cup. In addition, Simon spent several years helping bring the Bartlett Tendon Universal Knee to the market through a nonprofit he created. The Bartlett Tendon is the first prosthetic leg in the world to allow above-knee amputees to stand and pedal a bike. Simon has helped thousands of riders reach their riding, racing and life goals.

In the Seattle area and interested in taking a Private Lesson with Simon? Click Here To Learn More 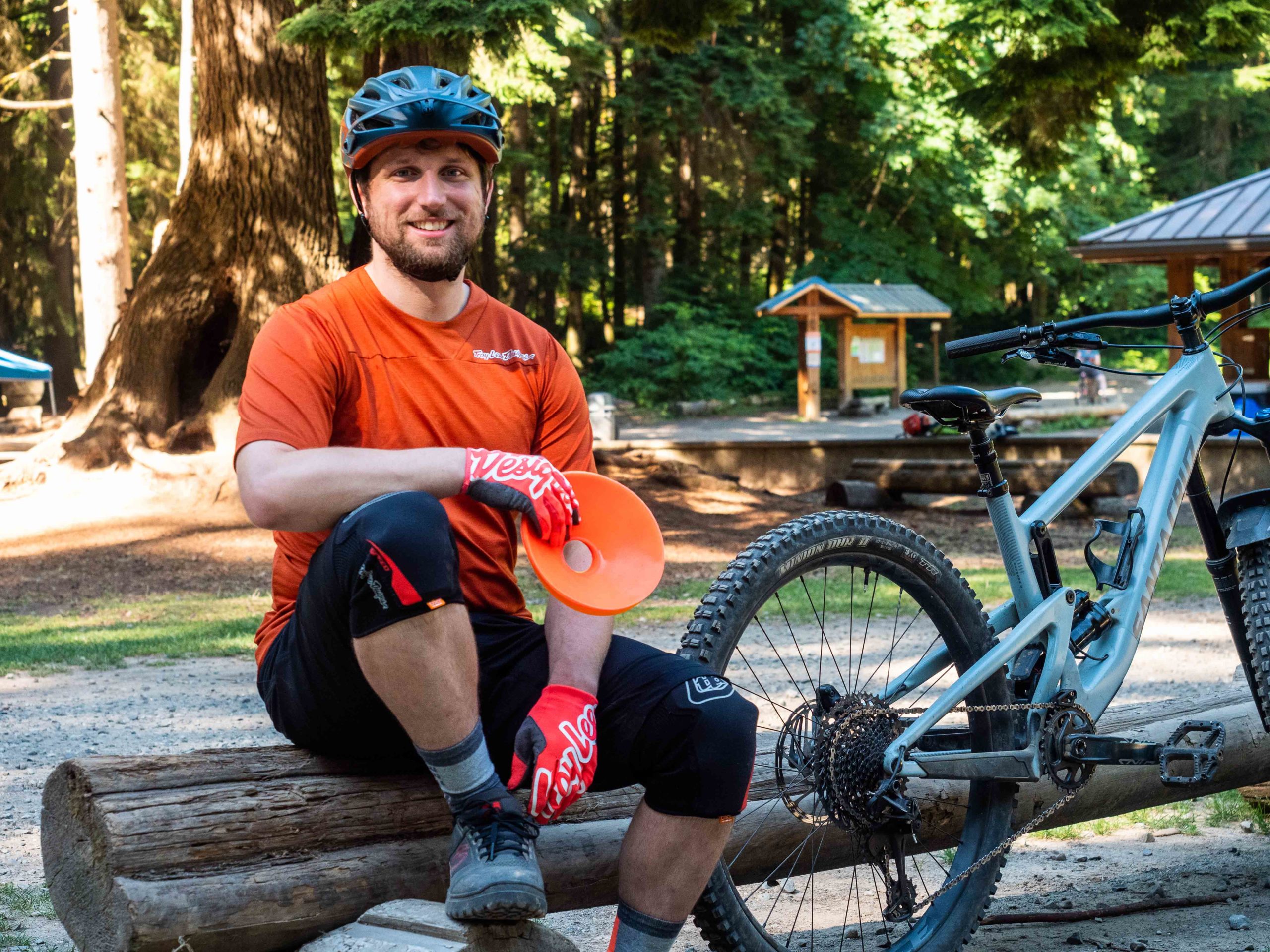 Chris has been working with Simon as an Instructor for nearly 3 years now. In addition to doing Private Instruction, Chris continues to help Simon with larger groups. Chris has good availability Friday-Sunday, and is also available for morning sessions mid-week.

Says Simon: “Chris has a very welcoming and non-intimidating demeanor, and an excellent eye for details. Chris is skilled in all aspects of instruction, but has a special love for helping riders through challenging jump lines."

In the Seattle area and interested in scheduling a Private Session with Chris? Learn More Here 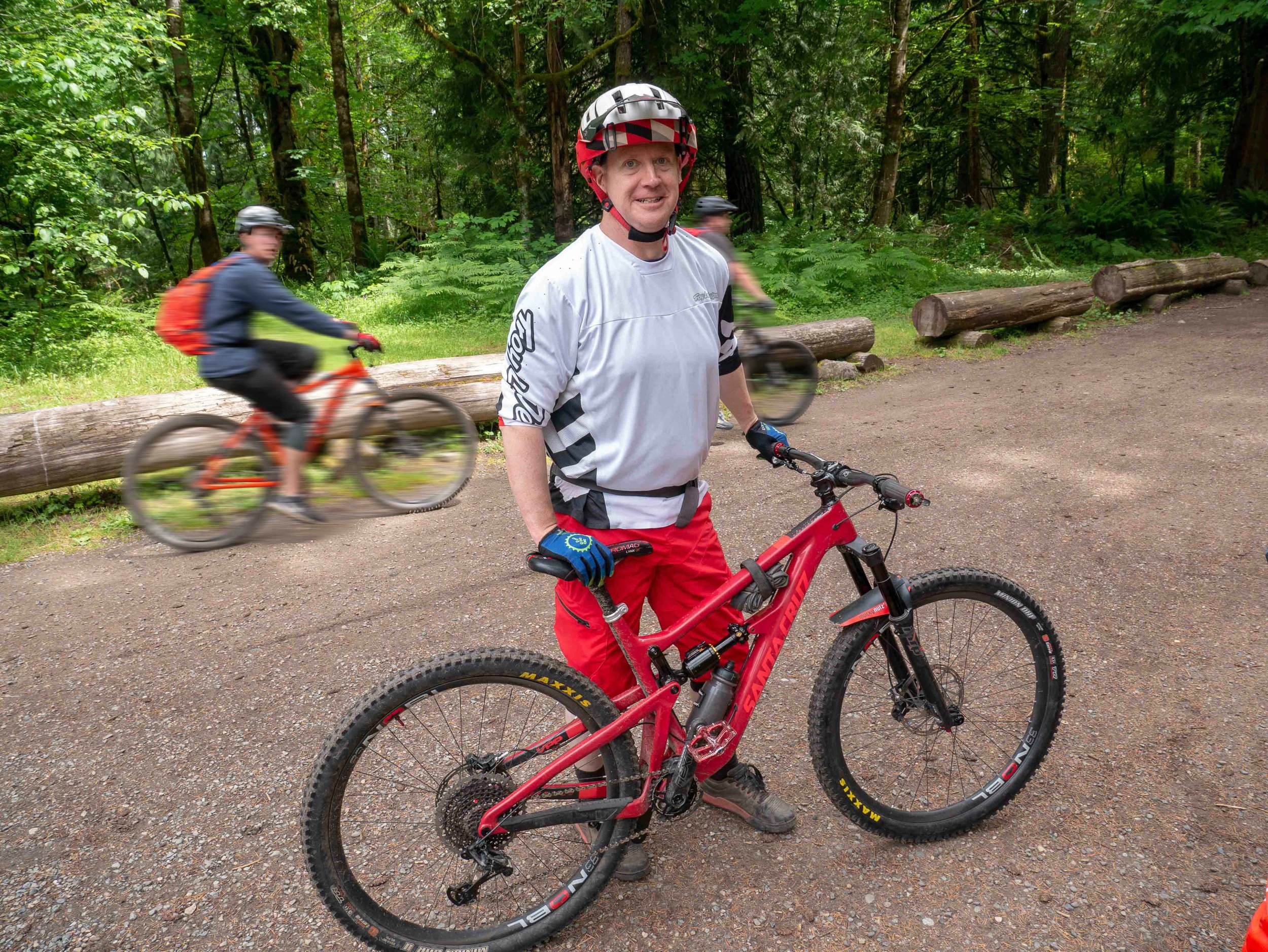 Dave is FIT Level 1 and Level 2 certified, and has become a very busy and successful Instructor at Fluidride.  Dave was a student for over a decade, and has several years teaching experience alongside Simon. Dave is particularly passionate about helping coach people who have struggled to improve their riding because of fear, long-term habits, or other limits.  For this reason, he prefers to teach Adult Riders. Dave says “There’s nothing quite like watching someone break through to a new level of skill and possibility - getting to be a part of that moment is why I love to teach.”   When he’s not riding, teaching, or spending time hiking with his wife, he applies that same philosophy and his many years working in finance to building his company which aims to improve the financial health and overall personal effectiveness of his clients.

“Dave is an excellent coach and has an absolutely comprehensive understanding of how we teach riders. It is without reservation that I recommend Dave’s coaching on the bike - and off. I’m a client of his. Dave’s Effectiveness Coaching has changed my relationship with money while positively impacting my daily business habits considerably.” Simon Lawton - Owner & Founder/Fluidride

In the Seattle area and want to take a Private Lesson with Dave? Learn More Here 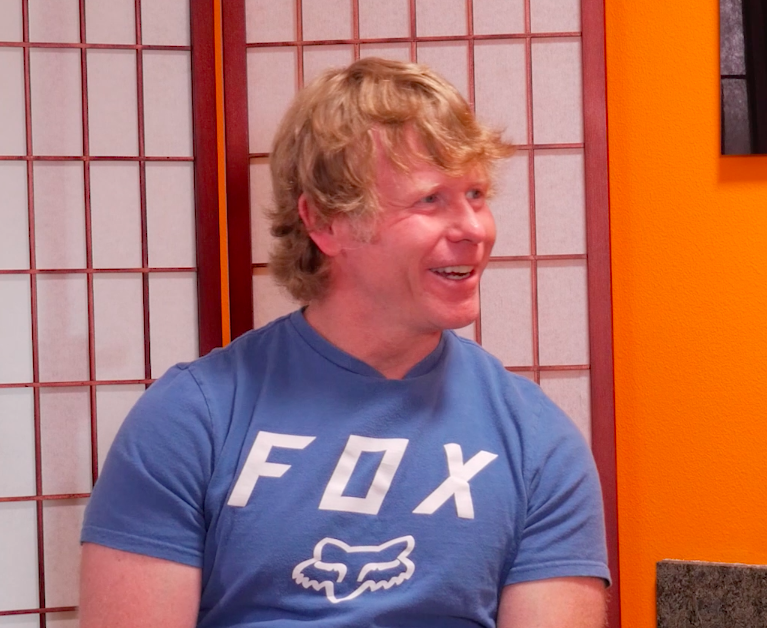 Adin is a highly driven rider, constantly looking to improve his own game on the bike, as well as yours. Adin thrives when teaching, racing or riding with friends. As a pro level rider, Adin can help you on any level of terrain you desire - any jump line - any steep zone - any speed. Adin is currently working on getting some new tricks going - working on his Back Flip now!

Adin has been a long time student of Fluidride Founder Simon Lawton and has completed his Fluidride Level 1 and Level 2 Training as well as spending time teaching with Simon in his part time home in Whistler.

Adin is also a Firefighter when not on the bike, so you know you are in safe hands when riding with him.

Want to take your riding to the next level with Adin? Learn More Here 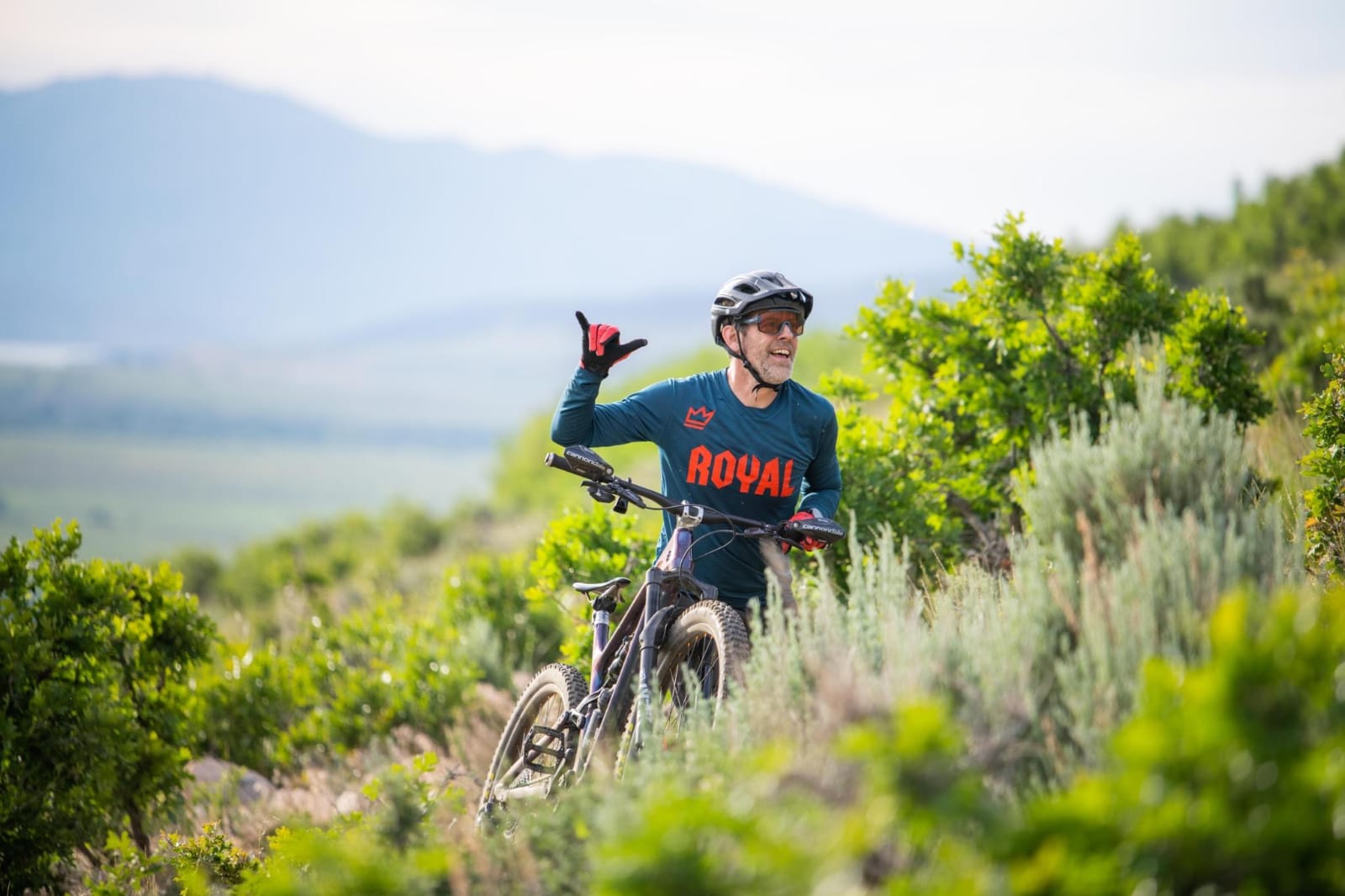 Jason Gainey is the most recent addition to Fluidride’s team of elite instructors. He has earned his stripes riding a variety of bikes. Jason grew up racing BMX and later transitioned into dirt jumping. At the age of 39 he picked up an MTB, where his focus has remained ever since. And his late start in trail riding hasn't deterred him in the least from racing Enduro! In his 40’s, Jason podiumed in the Pro class as well as winning overall series championships in the 40+ Masters class at the Cascadia Dirt Cup and Montana Enduro series.

His diverse background in BMX and dirt jumping brings a unique style to trail riding which makes him a great riding coach if you’re in the mood to push hard, enter your first enduro race, or find unique ways to ride a trail with style. He believes in practicing perfection when doing drills, so that good habits become subconscious and natural, allowing you to simply enjoy the trails when riding.

Outside of riding, Jason is a man of many talents. He drives a school bus, is an artist, is trained on basic first aid, and is a volunteer coach for middle school and high school mtb teams! As a high energy rider and personality, Jason is the perfect fit for adults, teens and aspiring racers alike.

In the Seattle area and want to take a Private Lesson with Jason? Learn More Here

This website uses cookies to improve your experience while you navigate through the website. Out of these cookies, the cookies that are categorized as necessary are stored on your browser as they are essential for the working of basic functionalities of the website. We also use third-party cookies that help us analyze and understand how you use this website. These cookies will be stored in your browser only with your consent. You also have the option to opt-out of these cookies. But opting out of some of these cookies may have an effect on your browsing experience.
Necessary Always Enabled
Necessary cookies are absolutely essential for the website to function properly. This category only includes cookies that ensures basic functionalities and security features of the website. These cookies do not store any personal information.
Non-necessary
Any cookies that may not be particularly necessary for the website to function and is used specifically to collect user personal data via analytics, ads, other embedded contents are termed as non-necessary cookies. It is mandatory to procure user consent prior to running these cookies on your website.
SAVE & ACCEPT
Scroll To Top